When you call our phone number you will be talking directly to a MOBILE LOCKSMITH in your local area.

We are a locally owned and operated Locksmith serving the Jefferson county and Blount county area in Alabama since 1994.

Locksmith reveals who has keys to your house or apt!?!

Here is what the general public does not know about.

1. When you buy a new home and are given the keys, trust me that's not all of them. here is all of the people who have or had your keys and might still have a copy.
The contractor and all of the subcontractors, which can be as many as a 100 people. The reason for this is convenience so that the workers can come and go as they please because they are usually working on more than one project at any one time. Plus most of these houses are mastered to one key so that the Realtor and contractor don't have to carry a ring of 30 or 40 keys with them.
They don't tell you this because they don't want you to make them absorb the cost of re-keying the locks so that you have the only key. Plus their job is to build the house as fast as they can to get it on the market and get a key to the Realtor, and in MOST cases even the Realtor is NOT aware of this information to even be able to pass it on to the buyer.

I know what your thinking, and YES, I personally do know of a couple of instances where some of the workers kept keys and burglarized houses in a few neighborhoods nearly 5 years later after they worked on the houses. I heard about it from the home owners that called me out to re-key their locks after they were burglarized and also from my relatives who are in law enforcement.

2. Apt.'s and used homes are similar.
I know you think, well it's okay cause the old owners moved out of state or you know they are nice people, maybe even friends of yours. Okay? Ask yourself, who have they given keys to? Neighbors? Their kids? Ex husbands, ex wives, ex girl friends? and how many keys have their kids lost or had stolen from them? Can you trust all of those people? Do you even know all of those people? Plus, did they ever have the locks re-keyed when they moved in? Now how many keys are out there, that you don't know about?

So isn't it worth the small fee of usually around $100. to $200. to re-key your locks to have peace of mind and know that you have the only key to your house?

Open car door when keys are locked in the car.

Most locksmiths, but not all, will let you back in your car should you lock your keys inside. Like I said in an earlier post, the average response time is between 15 and 25 min. give or take based on traffic.
When you call we will get a detailed description of the vehicle and where it is located. When our tech arrives he will first locate the vehicle, then when located and positive ID made, If the customer is not at the car and doesn't show up in a reasonable time he will look inside to see if the keys are visible,
"NOTE" : if the keys are visible he will then open the car and remove the keys. Only then will he leave the car unattended to go search for you.
YES even if you are not at the vehicle. The reason for this is for YOUR protection, there are a lot of crooks out there that would break the window and drive away in your car. So I strongly suggest that you not leave your car unattended if the keys are visible by looking through the window. If you must leave, to get to a phone to call a locksmith, then try to have someone else watch your car for you or after you call get back to your car as soon as possible or at least be in a place where you can watch your car.
I can't STRESS this STRONGLY enough, HERE'S WHY - Back in 1997 I was called out to unlock a guys car, upon arrival I found the car and saw the keys in the ignition, then went into the office building to locate the owner. When the owner and I returned outside, the car was gone with only a pile of glass on the ground. The car had been stolen.
So NOW it is our policy that if the keys are visible and there is nobody around, We will unlock the car and remove the keys. Then try to locate the customer or will wait by the car until the customer returns.

If you were happy with our service and we were able to solve your situation. Please take a minute to give a us a review on Google. It will b... 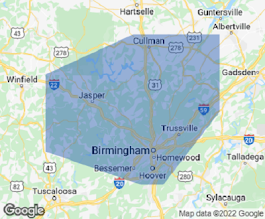 Although we are not a 24hr. company we often do work outside the hours posted here. So always feel free to contact us any time.